Comfort and hospitality… Only a few steps away from Pordenone! 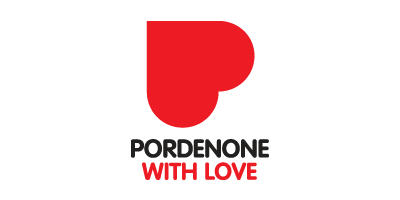 Prata Verde hotel and restaurant is located in Prata di Pordenone, in Friuli Venezia Giulia, just a few kilometres from the border with Veneto region and just 5 km from Pordenone, in a strategic position to visit the most important cities of both regions such as Pordenone, Trieste, Udine, Grado, Aquileia, Venice, Treviso and the small beautiful pearls like Sacile, Portobuffolè, Oderzo, Valvasone, Spilimbergo, Asolo.

The province of Pordenone offers a lot of possibilities for the ones who wish to discover it... here some places of interest:

Small historical centre with its street Corso Vittorio Emanuele II, with buildings in Gothic and Renaissance style, whose facades are covered by frescos. The ancient town hall, dating back 1100, is located at the end of the street.

"The Garden of Serenissima", resembles Venice thanks to the aristocratic buildings located along the Livenza river and its many bridges.

The Gorgazzo spring is a very relevant natural site, an amazing light blue stretch of water. At the Santissima Trinità sanctuary, there is the second spring of the river that surfaces just few meters on the sea level, but it produces immediately a considerable flaw rate. Thanks to that, Livenza river is navigable starting from the spring.

Small village well-known for handcrafted knives which are exported all over the world. The Museum of blacksmith art and of cutlery works is a must see.

Medieval village; the castle and the cathedral of Santa Maria Maggiore, famous for the worldwide well-known Mosaic school, are worth a visit.

One of the most beautiful medieval villages of Italy. The most important architectural element is the castle surrounded by a moat and ancient city walls. In September, a famous medieval festival takes place there which highlights its ancient traditions.

One of the most beautiful medieval villages of Italy in Venetian style. The museum of Gaia da Camino, Porta Friuli deserves a visit. An antiquities market takes place in town every second Sunday of the month.

Aquileia was founded in 181 b.C. as a military colony by Romans. The cathedral, which dates back to 313 a.d. with a floor completely covered by mosaics, the National Archaeological Museum, the early Christian Monastery Museum and the Museum of the Patriarchate are worth a visit.

Palmanova is a masterpiece of Venetian military architecture. It is a 9 star-shaped fortress city, perfectly symmetrical, with a central square

One of the most beautiful and charming cities in the world. Saint Mark square, the Doge’s palace, the bridge of Sighs and many museums are a must see.

Ancient Opitergium, where the traces of the past are collected in one of the most ancient museums in Italy. Located in Palazzo Foscolo, it accommodates early Roman, Roman and late Roman evidences. You can admire the charming of the city origins in the sites of the Foro Romano, Via dei Mosaici. You can also visit the Duomo of St. John the Baptist, the ancient city hall Loggia and the Piazza Grande, one of the most beautiful in the area thanks to its particular shape that resembles a stage.

One of the most beautiful villages of Italy, has a well-conserved city wall that ends in the fort. During the Serenissima period, Asolo reached the top of its splendor. In its castle lived Caterina Cornaro and it was a meeting point for the most important artists and intellectuals of the area (Giorgione). Nowadays, you can still visit the city walls, even if a part of it was destroyed during the Lombardo-Venetian Kingdom, whilst the castle is a museum dedicated to Eleonora Duse.

Numerous events are planned throughout the year, some of international interest, such as the Pordenone Silent Film Festival, PordenoneLegge, Cantine Aperte, Sagra dei Osei, Aria di Festa, and some less known such as the town fairs where you can taste traditional dishes and festivals with conferences, exhibitions, food stands, concerts...

The staff at the reception will recommend you wineries, cheese factories, distilleries and breweries for guided tours and tastings and will give you all information you wish to receive.